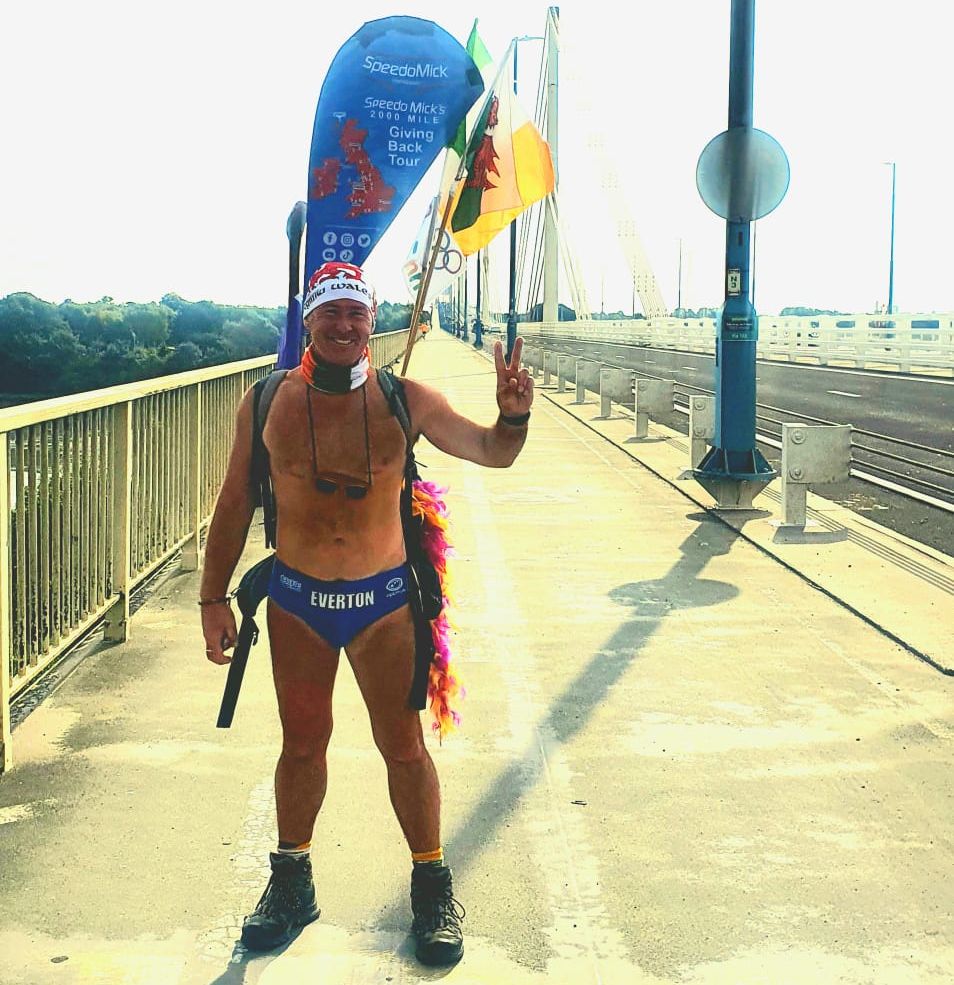 Fundraising legend Speedo Mick (Michael Cullen) has celebrated crossing into England on the latest stage of his ‘Giving Back Tour’ by passing over £50,000 received in donations.

The sensational stomper has already trekked his way around Scotland, Northern Ireland, Ireland and Wales as he walks 2,000 miles around the UK and Ireland, dressed in his trademark blue Speedo swimming trunks.

Along the way, the keen Evertonian is raising even more funds for good causes and charities that desperately need help. He thanked the people of Wales for their huge support during the last few weeks and was delighted to cross the Severn Bridge into England to the sound of ‘One Step Beyond’ by Madness, passing through Bristol and heading into Somerset.

“You have all encouraged me to keep going once again. My spirit’s really high heading into England now! It is a little bit closer to home.”

Speedo Mick began his 2,000-mile trek in Stornoway on 31st May embarking on his mammoth five-month trek across the UK and Ireland to hand out cash raised from his previous adventures - as well as raising even more.

Last week he was invited to The Palace Of Westminster where he was presented with a British Citizens Award.

His current mission, the ‘Speedo Mick Giving Back Tour’ will cover 2,000 miles. Starting from Stornoway, in Scotland’s Western Isles, and ending in Liverpool, the route has been covering a string of towns and cities with Mick walking up to 20 miles per day across five months. He is only wearing his trademark blue swimming trunks, as well as a swimming cap, Everton scarf and a pair of boots.