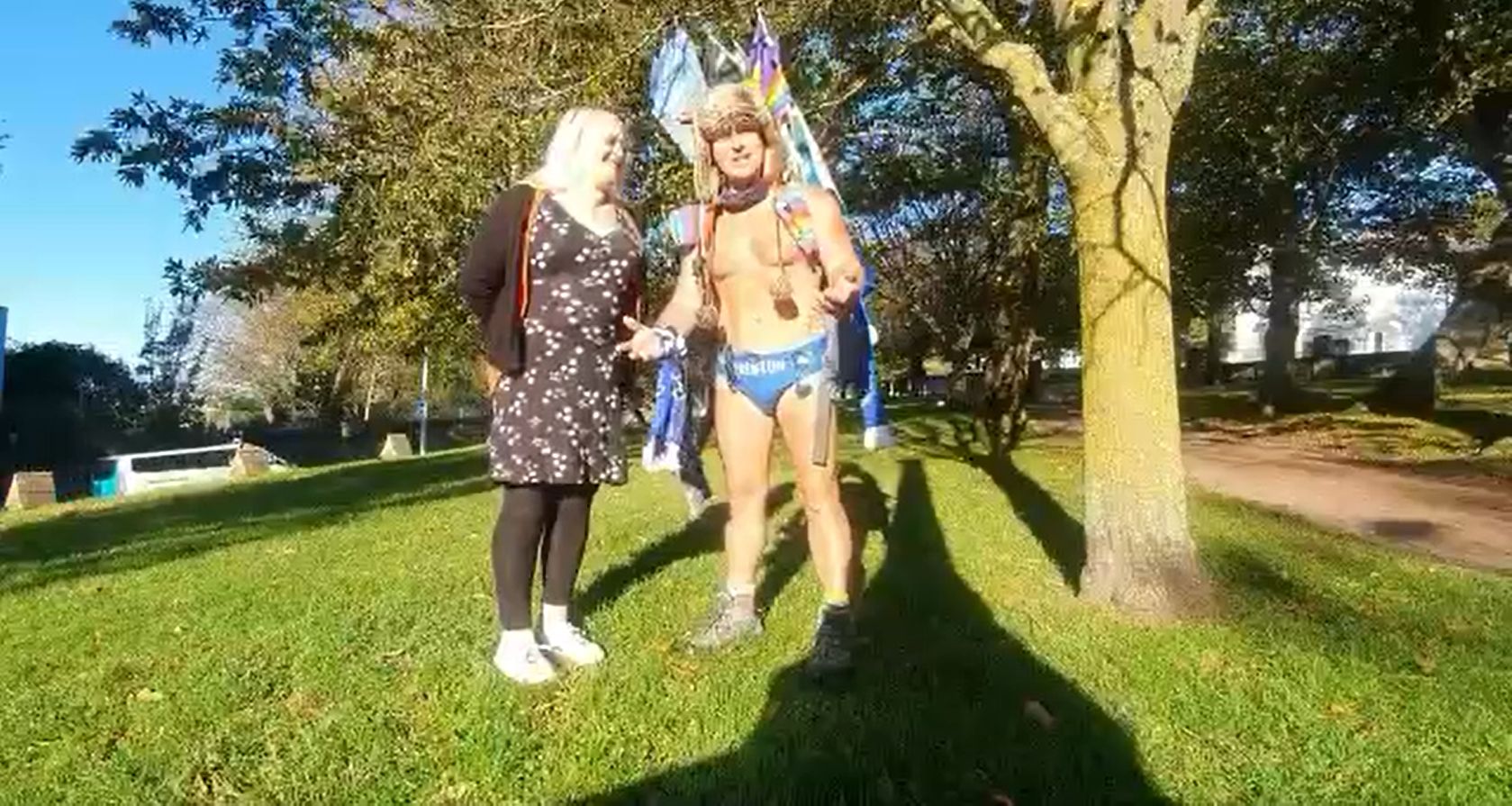 Volunteers running Worthing Soup Kitchen have thanked Speedo Mick after his donation of £3,000 enabled them to open their cafe this winter.

Speedo Mick spoke to volunteers at the charity as he thanked residents along the south coast, in Worthing and Brighton, for their kind support and their hospitality.

He is currently stomping over 2,000 miles around the UK and Ireland on his ‘Giving Back Tour’, accepting donations while providing vital funding to good causes in communities that are deserving of some of the money raised.

Speedo Mick said: “The Stomp is called The Giving Back Tour because we are giving back to charities that are helping their communities to survive.

“One such charity is Worthing Soup Kitchen, which is run by Christina and her colleagues, who help to feed the homeless of their community.

“As you can see, all your donations mean so much to the less fortunate of our country, so thank you to each and every one of you for your continued support.

“You really are making a massive difference to this world.”

Christina from Worthing Soup Kitchen said: “I would just like to say a massive big thank you to Speedo Mick and the Foundation because they have given us a grant of £3,000.

“That will make a massive difference to us because we often get overlooked as we are so small and yet we do an awful lot of work for our community.

“So thank you Mick!”

Speedo Mick said: “Thank you to everyone who has donated, because this is what’s happening on this walk.

“It has happened to around 55 charities so far, you are helping an awful lot of people.

“We want to do more work for the most vulnerable in our society and that is what is going on in this walk. We are making an impact.”

Speedo Mick began his 2,000-mile trek  in Stornoway on 31st May embarking on his mammoth five-month trek across the UK and Ireland to hand out cash raised from his previous adventures - as well as raising even more.

His current mission, the ‘Speedo Mick Giving Back Tour’ will cover 2,000 miles. Starting from Stornoway, in Scotland’s Western Isles, and ending in Liverpool, the route has been covering a string of towns and cities with Mick walking up to 20 miles per day across five months.

He is only wearing his trademark blue swimming trunks, as well as a swimming cap, Everton scarf and a pair of boots.