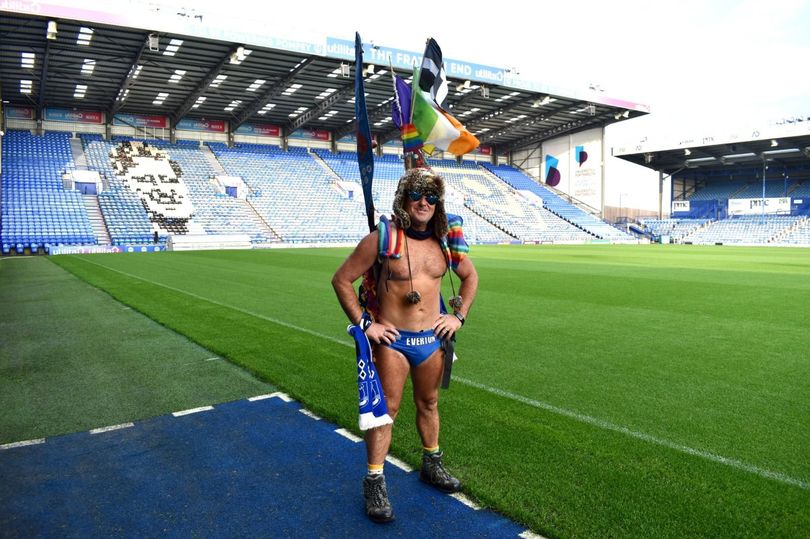 Michael Cullen, otherwise known as Speedo Mick, from Liverpool has praised the welcome he received from people in the county as he neared the final leg of his ‘Giving Back Tour’.

He said one of the highlights for him was being invited to Brighton & Hove Albion’s home ground, the Amex, on Friday (October 22) but he also spoke about the love he’s received as people joined him on his walk.

“Worthing was fantastic and so was Brighton,” he said.

“I got to swim in both places and it was great to have Brighton & Hove Albion invite me into the ground.

“I got loads of love from both places

This is in addition to giving back to and supporting around 55 charities along the route.

Mick’s Giving Back Tour has taken him from Scotland through Ireland, Wales, Cornwall, and along the south coast.

He is now on his way back up north where he’ll pass through Birmingham, Leeds, and Manchester before reaching the finish line in Liverpool close to December 15.

Here is the article on Sussex Live
https://www.sussexlive.co.uk/news/sussex-news/speedo-mick-famous-sussex-trek-6118227