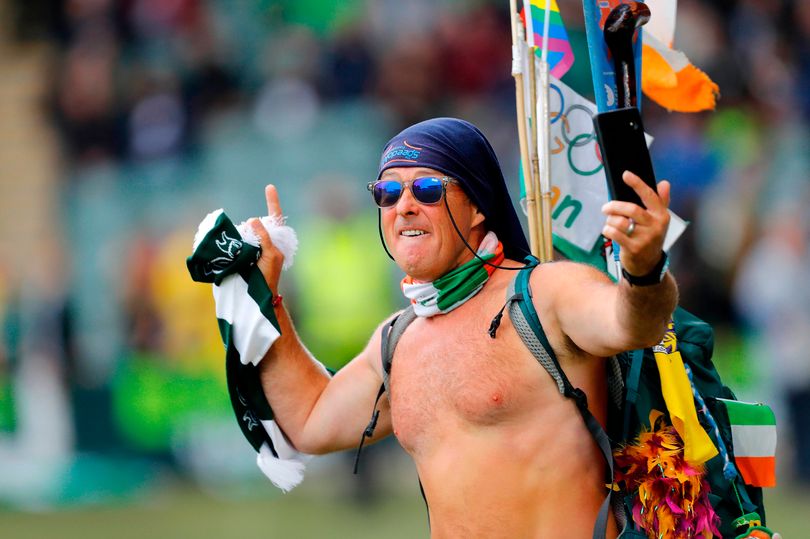 Speedo Mick is returning to see Plymouth Argyle play at Home Park again - at the request of manager Ryan Lowe.

In his trademark Everton-blue speedos, Mick is currently halfway through his six-month, 2,000-mile Giving Back Tour around the UK and Ireland and will be at Theatre of Greens tomorrow for the game against Burton Albion.

He is raising funds for the Speedo Mick Foundation and finding charities to donate up to £250,000 to along the way.

Lowe spent three hours walking with Speedo Mick last week, through Plymouth and onto the Torpoint Ferry at the end of the day.

The pair are both Liverpudlians, although Lowe is a lifelong fan of Liverpool while Speedo Mick supports Everton.

Despite their club allegiances, Lowe and Speedo Mick have hit it off, with the Argyle manager saying: “Keep sponsoring Mick. He’s doing fantastic work for fantastic charities.

"Get on his GoFundMe page and fund him, if you possibly can. Wales, England, Scotland, Ireland - fair play to him, he’s smashing it."

Speedo Mick has made two previous visits to Home Park for Argyle games and Lowe's side have won 2-1 on both occasions so is proving to be a lucky charm.

They were the League Two fixture against Crewe Alexandra in February 2019 and the League One victory over Doncaster Rovers a fortnight ago.

Lowe has told Speedo Mick: "You’ve got to come back to the game this weekend because we’ve won the last two matches you’ve been at."

Mick Cullen set up The Speedo Mick Foundation as a registered charity in 2020 following the success of his 1,000-mile walk in 2019, which raised over £500,000 and spanned across 30 towns and cities.

This year’s Giving Back Tour will cover over a total of 2,400 miles and over 190 days of walking, taking in all five capital cities.

While the original tour plans had intended for Mick to turn around once he had reached Plymouth, he made a slight ‘detour’, and has gone on to stomp further through to Land’s End.

He has set his sights on arriving in London before the end of the month and the grand tour will conclude in Liverpool at the start of December.

Speedo Mick said: “The reason I’m doing the tour is to give back to the people and the communities who have supported me in the past.

"The Covid-19 pandemic has placed a huge strain on the finances of so many charities and has shone a light on how difficult life can be for a lot of young people in the country - whether it be a lack of food, money or opportunities. So, I’ll do anything I can to help.”

Having been through such struggles himself, homelessness and mental health issues in disadvantaged young people are issues that are very close to Mick’s heart.

For many years, Mick had been in need of the help and support that he and his team are able to offer today. He has overcome a number of addictions and living challenges, but there was a time when he could not see a way out.

"I know how hard it is to come out on the other side. In my life, I’ve been in some dark, lonely, hopeless places. For me, one of the most rewarding parts of my fundraising has been to help people facing what I have faced.”

Speedo Mick hopes that his foundation will help people to change their lives and show them the right direction. Passionate and persevering, he now feels he has the experience and understanding that a person might need in their formative or younger years.