Speedo Mick has been included in the Happy List 2021 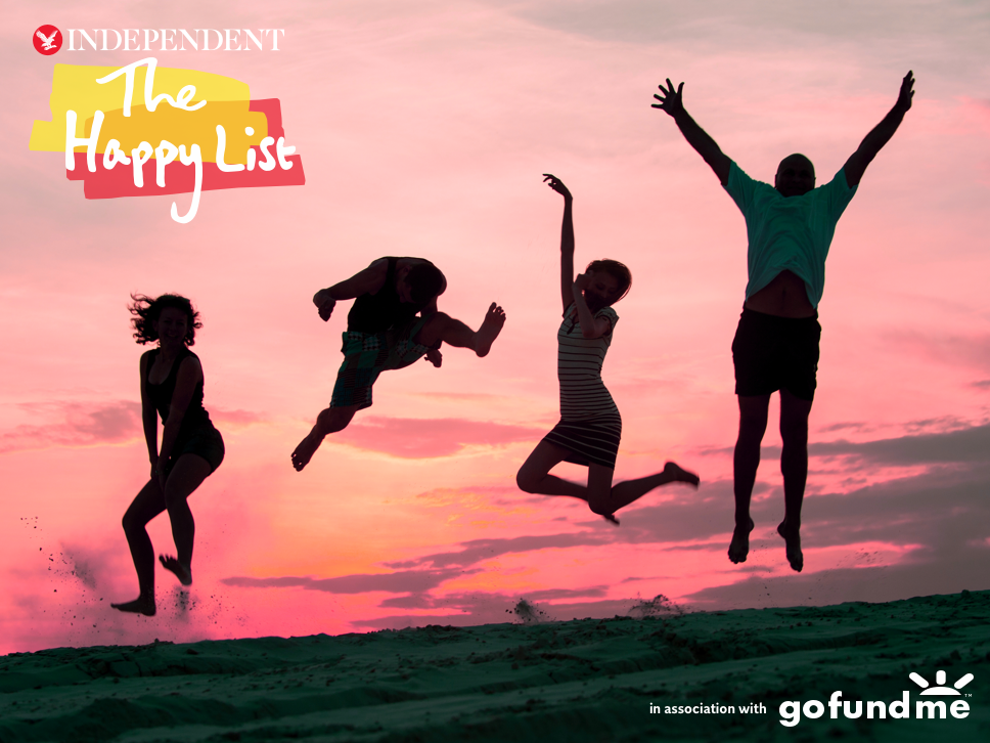 ‘Speedo Mick’ (Michael Cullen) has been included in the Happy List 2021, as he continues on his 2,000-mile trek around the UK and Ireland. He has been named among 50 inspirational people driving positive change in Britain.

Journalist Emma ledger, who compiled the list, said: “These 50 remarkable people’s kindness, courage and selflessness make them some of the country’s most outstanding individuals.”

This year’s 50 remarkable Britons have been chosen by a panel from scores of nominations from readers of The Independent. They include charity hero Speedo Mick, who is currently on his latest new mega mission - walking 2,000 miles across the UK and Ireland in his iconic blue Speedos while collecting donations, and handing out up to £250,000 to worthy causes.

Everton fan Michael Cullen, 56, started his latest adventure in Stornoway on 31st May embarking on his mammoth five-month trek across the UK.

Also on the Happy List 2021 is a 16-year-old who spent lockdown making videos to teach people sign language; a couple who raffled off their Lake District home to support the charity that saved their daughter’s life; and a 99-year-old fundraiser who got on her bike every day for two months.

The Happy List was founded in 2008 by the Independent journalist and author David Randall, who died in July this year at the age of 70. David created the list as an antidote to the many awards that glorify wealth or celebrity; instead, he wanted to celebrate “the unsung people whose extraordinary efforts have gone unrecognised outside their own circles and communities.

“They have been selected not only because what they do is noteworthy, but so that they can stand as representatives of the hundreds of thousands of Britons who similarly give back by volunteering, fundraising or caring”. This year’s Happy List is dedicated to David, who did so much to shine a light on those who give rather than take, and who help others rather than line
their own pockets.

This year the Happy List is once again presented in partnership with GoFundMe, the world’s largest online fundraising platform.

The Independent said: “Michael Cullen, aka SpeedoMick, is currently on a 2,000 mile, five- month trek across the UK and Ireland, on a mission to give back to the people who supported him in the past.

“‘Charities looking after people experiencing homelessness, mental ill health and disadvantaged young people are very close to my heart as I’ve been through those struggles,’ says Michael, who has raised almost £40,000 already.

“As well as raising funds he is looking for other worthy charities to give to through his foundation, set up to provide support for young people through education, relieving poverty, or the support of mental and