Seagulls give support to Speedo Mick 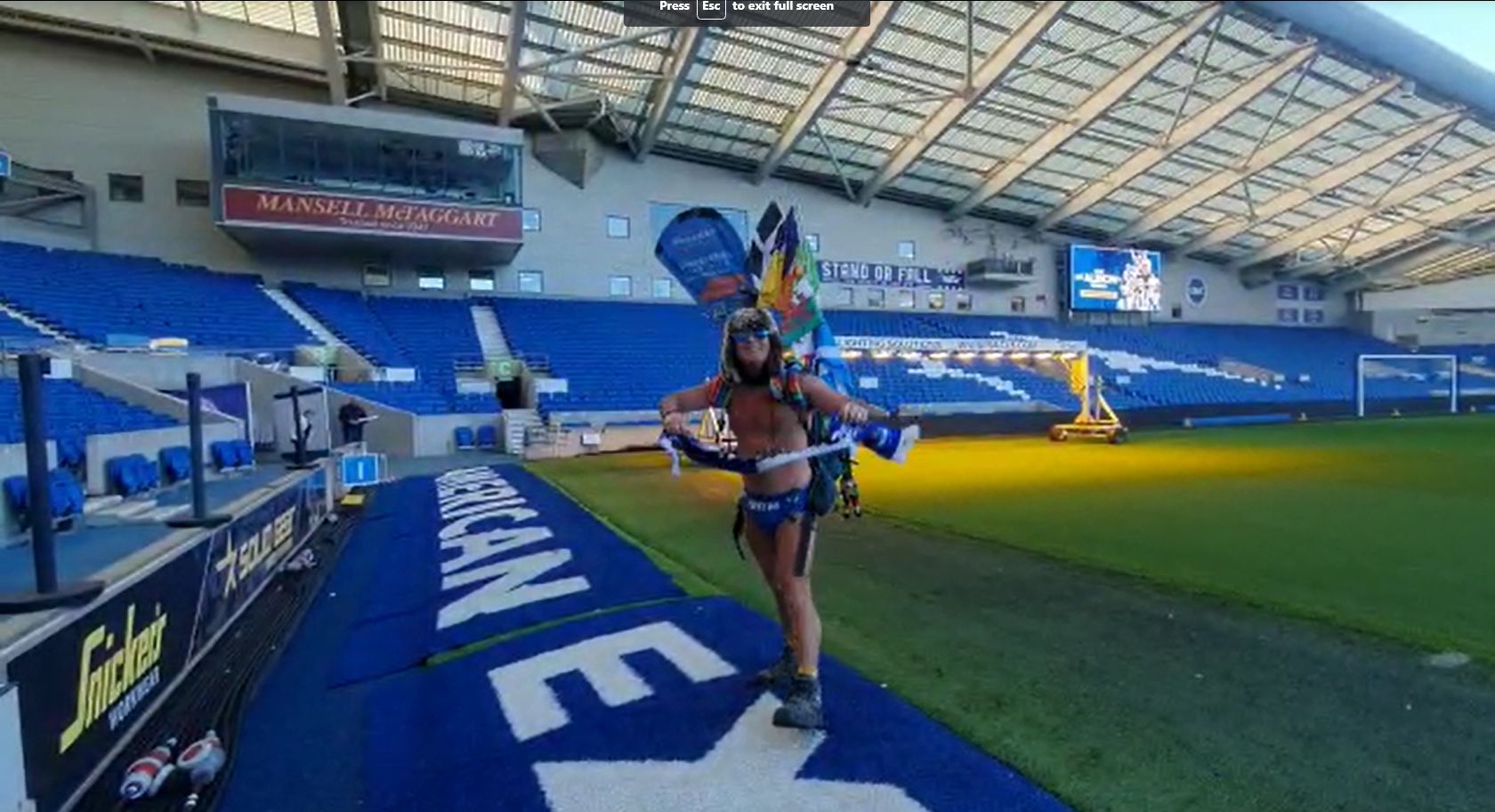 Speedo Mick has thanked everyone at Brighton and Hove Albion after they gave him a warm welcome to the club on Saturday (23rd October).

Speedo arrived at The Amex Stadium ahead of Brighton’s clash against Premier League Champions Manchester City.

It was a difficult day for the Blues, with Brighton losing 4-1 and Mick’s beloved Everton going down 5-2 at home to Watford.

“I would like to say so much to the football club.

“Come on the Seagulls! Up The Toffees!”

Speedo Mick began his 2,000-mile trek  in Stornoway on 31st May embarking on his mammoth five-month trek across the UK and Ireland to hand out cash raised from his previous adventures - as well as raising even more.

Last week he was invited to The Palace Of Westminster where he was presented with a British Citizens Award.

His current mission, the ‘Speedo Mick Giving Back Tour’ will cover 2,000 miles. Starting from Stornoway, in Scotland’s Western Isles, and ending in Liverpool, the route has been covering a string of towns and cities with Mick walking up to 20 miles per day across five months.

He is only wearing his trademark blue swimming trunks, as well as a swimming cap, Everton scarf and a pair of boots.